But first, here are my past YC posts if you want to check how my older picks have done. If you want to skip to the bottom, you can also see my own evaluation of my past picks for S17 — S21 (I’ve been doing this for a while!)

The 10 YC Companies (S20) I’d Invest In
India, Pakistan, and SE Asia are startup economies to watch closely over the next few years. Author: Alex Mitchellmedium.com

The 10 YC Companies (W20) I’d Invest In
The most promising startups from YCombinator’s Winter 2020 class that I’d invest in. Author: Alex Mitchellblog.usejournal.com

The 10 YC Companies (W19) I’d Invest In
…and for the first time, a few I actually did invest in! Author: Alex Mitchellblog.usejournal.com

The 10 YC Companies (W18) I’d Invest In
YC had 128 companies in the Winter class. Here are the 10 I would invest in. Author: Alex Mitchellmedium.com

Despite the growth of the number of YC companies, the accelerator still remains incredibly competitive. YC received more than 17,000 applications for the W22 class, with an acceptance rate of only ~2.4%.

26% of the founders overall were from “underrepresented groups” which, according to YC’s definition, includes women, black, and latinx founders.

Check out the Mitchell Ventures syndicate on AngelList here

The Top 10 Companies I’d Invest In

YCombinator Description: Grey provides USD, EUR, and GBP accounts for remote workers in developing countries starting from Africa. For the first time, western companies feel comfortable recruiting skilled workers from anywhere and Grey is making it easy for these workers to receive their salary, save in foreign currency, convert to local currency and spend.

Why I Did Invest: In 2021, the investing and startup world finally woke up to the immense possibility of Africa. With this growth in awareness, many more companies in the US, Europe, and beyond are heavily recruiting on the continent. Grey makes it easier to hire in Africa and pay those employees in any currency.

Grey empowers individuals to create foreign bank accounts and get their own IBANs (International Bank Account Numbers) as well as transfer money to anywhere in the world from their account. This seemingly simple offering lowers costs dramatically for the African worker and empowers them to work beyond their borders.

YCombinator Description: Lenco is a multi-currency digital bank for businesses in Africa. With Lenco, retail outlets, hospitality businesses, and startups can easily pay vendors, and suppliers and perform cross-border payments while having access to growth capital.

With Lenco, startups and retailers can easily pay vendors, and suppliers, and perform cross-border payments.

Why I Did Invest: Each and every day 4–5 African startups are raising funding (which in itself is incredible!). Today, these companies often have to rely on local banking solutions that don’t move at startup speed and don’t offer the support and features they need to grow.

Enter Lenco, which is positioning itself as Mercury or Silicon Valley Bank for Africa. This is definitely a product in immense need in Africa. In addition to bank accounts, expense management, and payments, Lenco also offers instant financing to help startups tap into growth capital.

YCombinator Description: Topship is the easiest way for African businesses to export/import cargo freight and parcels to their suppliers, distributors, and customers.

Why I Did Invest: The supply chain is a $300B market in Africa and is growing at 65% every year! Talk about a massive opportunity.

In addition to the massive TAM, Flexport is also a backer of Topship, which says a lot for the opportunity the unicorn company sees in Africa in the next decade.

YCombinator Description: One API to sell & process insurance across Africa.
The company’s goal is to make it easy and pleasant to get & use insurance in emerging markets. They are building the “rails to make insurance work for the next billion Africans.”

Why I Did Invest: Only 3% of Africans have insurance today, but this incredibly low figure is going to change. Fintech has been one of the fastest growing (and most well-funded) sectors of the African economy and Curacel provides a simple way for those startups to sell integrated insurance coverage.

Curacel is Plaid for Insurance, providing all of the major components needed for insurance including sales, distribution, claims, and fraud management/response. The company’s claims API is already functional and has paying clients.

If you believe in African Fintech’s growth trajectory, you should believe in Curacel too!

Why I Would Invest: Do you remember how difficult graphic design was with Photoshop before Canva came along? Canva destroyed the graphic design learning curve and made designing compelling visuals fast, easy, and fun!

Unlayer has brought similar vastly simplified design tools to two products: Unlayer Studio, which provides an easy collaborative email builder that puts Mailchimp to shame and Unlayer Embed, a plug and play editor for developers who want to bring design tools to their own products.

Unlayer has been live and growing for several years already now and I’m excited to see how participating in YC accelerates their growth even more!

YCombinator Description: Vessel is the universal API for CRMs. We make it easy for companies to integrate with their customers’ CRMs. Our vision is to become Plaid for the GTM stack.

Over 91% of companies with 10+ employees use a CRM as the system of record for their customers. Many products want to access this data, but the fragmented CRM market and engineering costs make it an expensive endeavor.

Why I Would Invest: Almost every company of any size uses a customer relationship management (CRM) tool. One of the major challenges with these tools is that once you commit, you’re stuck. Your data is embedded in the CRM and accessing or integrating this data with other data sources is challenging, if not impossible.

If the company can build strong and lasting connections between these services, the opportunity is massively lucrative. For context, “Data Pipes” provider Segment was bought by Twilio for $3–4B in 2020.

7. Zywa — Neobank for Teenagers in MENA

YCombinator Description: Zywa is the first neobank tailored for teenagers in the Middle East and North Africa. Through Zywa, teens are able to spend, receive and manage money without the need for cash, and they can also get rewards and interact with their friends. Using the app, parents can also send money to their kids, which they can spend securely in the safe environment of their parents’ oversight.

Why I Would Invest: Segmentation and focus are the name of the game for neobank startups today. Customers are sick of one-size-fits-all banking and want their bank to support their unique needs, desires, and lifestyle. Zywa is build for teenagers in the MENA region.

The app lets customers make payments, split bills, set savings goals, and even. earn rewards with every interaction with the app.

If Zywa can crack the Gen Z banking challenge, the opportunity is huge — by 2025, Gen Z will make up about 27% of the worldwide workforce.

YCombinator Description: Orca is banking built for Gen Z from the ground up. Send money instantly, split bills with groups, access local discounts and perks, spend and save, and do everything else you could ever ask on Orca — the only financial hub you’ll ever need.

Why I Would Invest: Of course Zywa isn’t the only company going after Gen Z! Orca was recently founded to solve the problem in the US first. The startup offers some similar features to Zywa, but they have leaned big time into local discounts and perks and they are currently in a beta release at the University of Texas.

There’s plenty of opportunity in Gen Z for several neobanks, it will be interesting to see where these startups find their growth levers and stickiest features!

YCombinator Description: Hyperbeam is an API that lets multiple users control a shared embeddable web browser. For example, a remote learning company pays us $3,000 per month to use our API to allow their users to play games together on their platform. We are three technical founders from the University of Waterloo, and interned at Facebook, Yahoo, and Lyft. Our technology is battle-tested — We took the infrastructure from a watch party website we previously built and scaled to 150K MAU, and 1M hours streamed per month.

Why I Would Invest: Google Docs, Canva, Figma (and many other companies) have spoiled internet users globally to expect that every service is collaborative. But as any software developer could tell you, building a high quality “multiplayer” experience into your app isn’t easy.

Hyperbeam lowers the effort level to build “multiplayer” browsers significantly. There is a large demand for this type of feature across many industries and I’m excited to learn more about their tech and try it myself in the future!

Why I Would Invest: It’s undeniable that Brex was the breakout company from the W17 batch of YC, most recently raising funding in early 2022 at a >$12B valuation.

Transfez aspires to be Brex for Indonesia and SE Asia. The company already offers cards, expense tracking, global payments and more for small businesses and startups in the region and has experienced rapid growth.

It will be fun to watch the company lean into this opportunity, build out their feature set, and sell into the rapidly growing base of SMEs and startups in the region!

How Have My Picks from Past YC Classes Done?

Too soon to report on the good, the misses, and the ?’s from the S21 YC class! Check back in a few months.

What YC Startups Did I Miss?

Which were your favorite YC startups from W22 that I missed? Let me know which on Twitter at @amitch5903!

4 years is (still) a long time horizon for technology Nearly 6 years ago, I made 10 bold tech predictions for the next 10 years. Let’s check in and see how I’m doing more than Read more…

With the explosion of funding and the 11 public market exits for Indian startups in 2021, 2022 is poised to be one of the most exciting years to date for the ecosystem! I’ve dug deep Read more… 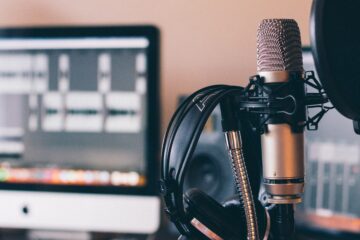 Top 10 Podcasts for Product Managers in 2022

For the past 5 years, I’ve written about my favorite Product podcasts and it’s that magical time of year again! While I’m (still) not commuting to Kin Insurance, I’m able to log about 1 hour Read more…