An American online game platform geared towards kids has been valued at nearly $30 billion, more than seven times the $4 billion it was valued at in its Series G round 11 months ago.

Now, Roblox is joining the likes of Slack and Spotify by announcing to go public by a direct listing in lieu of an IPO. For context, Roblox is currently valued at the same level as Spotify when the latter went public in 2018 shares. Furthermore, Roblox’s pricing is estimated at $45 per share — Slack is currently pricing from $41–43 per share.

Who knew that video games would explode like this?!

(Developers [aka ‘devs’], game publishers, VCs, and market analysts have…)

Here’s the thing: a good customer experience is now expected. As such, solid product strategy is a new baseline that traditionally output-driven “industrial” firms are looking to enhance. This movement towards a customer-obsessed standard reflects a global digital transformation — as Todd Olson from Pendo states, we’re seeing a large-scale transition into the “Product-Led Organization”.

While companies are making this shift now, video games have been product-led for decades. It’s now breathtaking to watch customer receptions to heavily anticipated, speedy releases like Call of Duty: Black Ops Cold War and Cyberpunk 2077. Successes and failures of AAA-rated franchises become a familiar face in solid product retrospectives. (I love this one by Lisa Huang-North!)

So why is that?

From the granular focus on the player’s needs to the emphasis on both production and social value, games have been the prototype for product thinking today.

Video games used to be like other software: you’d do all of the development and then ship it.

But the industry made the switch to more iterative pastures far earlier on.

For almost any game to succeed these days, development has to be highly iterative. Devs are continuously adding more functionality driven by customer need/demand. As a result, video games have continuously shipped delighters on the Kano Model, setting new baselines for what customers expect as a given. Rather than giving a history lesson, I want to outline a few product takeaways based on discussions and research over the past few months:

1. The player is everything.

In order to make a game, everything has to be for the player.

Going back to basics, video games were designed to revolve around a core human need, the need to play. This need has rapidly evolved with each technological advance, and the hunger to be entertained grows ever more voracious. To keep pace, game studios have had to quickly ship direct-to-consumer iterations to answer the Voice of the Player.

Clearly, video games as a whole are doing their job when it comes to product-market fit.

Digital games spending increased 12% YoY in 2020, “reaching $127 billion across mobile, PC, and console” according to SuperData, Nielsen’s gaming research wing — beyond consoles, “gaming video content brought in $9.3 billion, and XR spending reached $6.7 billion.” And based on the chart below, the global player base has grown considerably over the past five years, with projections looking favorable.

Number of active video gamers worldwide from 2015 to 2023 (Statista)

For decades, games have been product-led by design, driven not by formal product managers, but by devs, which I’ll elaborate on later. Their digitized, globalized answer to the board game, and their survival hinges on player engagement.

There’s a reason gamification is all the rage: video game studios have put billions of dollars into behavioral research, and it shows. Devs understand that it doesn’t matter how compelling a game’s storyline is, how amazing its visuals or soundtrack are — it comes down to whether or not their product can (1) hold the player’s attention and (2) maximize engaging gameplay in one sitting so the player comes back for more.

Video games have mastered the art of keeping players engaged for hours when the average adult’s attention span reportedly lasts only up to 20 minutes max. When that focus round wraps up, devs deliberately add in-game disruptions when necessary to snap the players back and keep them going. Furthermore, they try to balance in-game risk with in-game reward: they add in various formulas (such as easily trackable combat patterns) and tools (e.g. power-ups) that allow players to win frustrating boss battles and feel vindicated.

Furthermore, games need to evolve. Things get can stale very quickly — if you maintain old formulas for success, your player can see it coming. And BAM! The novelty’s gone.

Players always crave for something more, something new. At the same time, devs need to establish active satisfaction feedback loops to keep players more invested over time. That’s why franchises like Battlefield, God of War, and Call of Duty still hold up.

There’s a question that devs need to internalize:

“What are the actions you’re performing that provide satisfaction for the player?”

In other words, devs have had to be player-obsessed down to every detail in order to fight for them. In doing so, they’ve nurtured a loyal, multi-generation playerbase. (Fun fact: while video games are exploding among younger users through battle royale games like Fortnite, the average gamer is 34 years old!)

Ravi Mehta, one of my favorite product leaders, defined a new frontier for the mobile generation, where…

There’s growing value in the social experience of consuming entertainment, which is why the Quibis of the world are being undercut by platforms like TikTok.

We placed value on going to theaters (RIP) because we could catch a movie and hang out with our friends. We went to the arcade to play games like Time Crisis II with our friends (more likely in the 2000’s, we went to a friend’s house to play Super Smash Bros or Call of Duty).

A fundamental difference here on why movie studios are struggling now while video game studios are not? There’s no partner dependence on how video games are consumed: Sony deployed multiple generations of PlayStations and Microsoft XBox along with their TVs and monitor screens. Also, many popular video games are becoming more cinematic, immersive works of art that we can enjoy while chatting with our friends.

Video games mastered the social-production value combo early without relying on middlemen to get straight to the customer. We could get that entertainment value with our friends from the safety of our own homes, (from the comfort of our own screens), whereas movie studios depended on theaters to showcase their products.

Through the pandemic, I’ve been hopping onto Discord and Steam frequently to hang out with my friends, navigating alien worlds with them on No Man’s Sky or testing gladiator games where the laws of physics hilariously don’t apply on Arena Gods.

(FYI, I’m only focusing on the specific use case of playing video games this time. Esports warrants deeper discussion on how video games have blossomed into a huge customer ecosystem, especially re spectator sports.)

3. Game development is in itself a microcosm of Product Management.

Before Fall 2019, I wouldn’t have been able to tell you what Product Management was. I just saw it emerging more on my LinkedIn feed. It took my close friends (who happen to be AAA game devs) to put the discipline on my radar.

Like PMs, my friends specialize in specific features of a game (art, weapons, and effects, in this case), and their roles are tremendously cross-functional. Their day-to-day challenges on finding alignment fascinated me:

“Gah, this engineer is giving me pushback, but it doesn’t make sense to the player if we don’t get this done!”

“I need to persuade this designer to work with me on this task by the next milestone so we can focus on other urgent things.”

Devs have to fight for the player’s interests by influencing stakeholders, much like PMs. The main difference is that they’re product creators as well as creative conductors for engineers and designers.

Especially given the tightening timeframes to launch a game or ship new downloadable content (DLC), prioritization is key.

They have standups with stakeholders, just like we do. They follow trends currently attracting their target users. They run extensive analyses on what competitors are doing well, jumping in to take what’s good and implement “what’s gapped” in their own work. They argue on what MVPs should include.

On the customer side, devs are ramping up transparency over feature fixes within their games. Recently, the studio that made Call of Duty: Black Ops Cold War released a public Trello board to show how they’re trying to make players happier.

This player-driven problem-solving cycle really resonated with me, and it led to a new appreciation of video games as products with complex operations behind the scenes.

I want to say that it would be a disservice to video games if I started off this article with the already well-hammered point that they’ve become mainstream.

They’ve been mainstream. For many years.

It’s just that consumption for the modern gamer is on a fascinating collision course with other “big ticket” product worlds — especially music and fashion.

Video games continuously push the bar for product-market fit, which makes them a prime teacher as well as an opportunity.

In a time where concert venues are no longer front-and-center hubs for social experiences, the online generations are entering the metaverse en masse.

It’s far less common to hear that a kid doesn’t play video games than it was when I was in middle/high school (I’m 26, by the way). In fact, a recent study by sports broadcaster Whistle showed that 68% of Gen-Z men valued gaming as an “important part of their identity,” with 91% playing regularly and 74% agreeing that games helped them stay connected with their friends.

Gaming is the new “going to the mall”, whether you’re playing or watching others play. It will outlast the pandemic as a well-oiled product machine, churning out the playerbase’s next fancy.

A very special thanks to my nearest and dearest devs — my partner and my friends — for shedding light on such a fascinating topic! 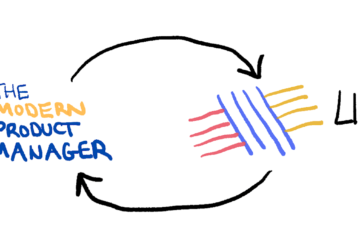 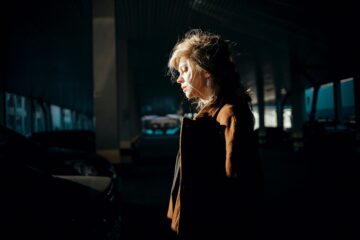 At a startup, you’re always in a battle against time. You’re racing to find product-market fit. You’re sprinting to grow revenue ahead of a new fundraising round. You’re hustling to launch new features and deliver Read more… 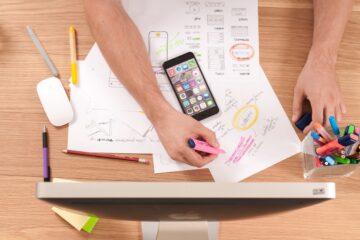 For anyone who’s ever been a Product Manager, I don’t need to tell you that it’s a busy, noisy, challenging, mile-a-minute, exciting, and often, pretty stressful job.  You’re trying to balance long-term strategic vision with Read more…